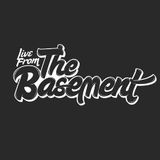 Live From The Basement

Never miss another
show from Live From The Basement

Live From The Basement

Started in 2005 HoodHype.com is a podcast / show dedicated to spreading the word about underground and independent hip-hop. After 10 years of supporting the independent movement with the show and within the independent community we decided to split the show up into two separate shows.

Live From The Basement! was the first show we started in 2014 in an effort to continue our flavor of comedy mixed witch sports, music, politics and current events.

ThreeSixteens was started to focus 100% on independent hip-hop releasing new episodes full of new music and interviews with some of the most the most talented artists and musicians in the underground.

Both of these shows are all wrapped up in this one single MixCloud feed. We are always evolving to become a spot where you can always find the hottest independent music on the internet and have a good time with us too. 10 years and millions of listens later, we're still here!