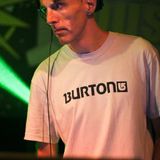 Never miss another
show from Lesha

The Vibe S14E17 - Lesha
by The Vibe Radio ShowReposted

Lesha is one of Techno pioneers in central Serbia. His first DJ appearance was in 1988 and at the time he was mostly influenced by Acid House and early Techno. 1995 marks the "golden age" for the Techno scene in Serbia, when he started organizing parties and very soon got gigs all over the country, including famous Industria club in Belgrade. He was an author and a host of two radio shows dealing with electronic music, also a reviewer at a French independent webzine atome.com.
At the moment he plays soulful, Detroit/Chicago influenced Techno and House. Besides DJ'ing, he is involved in music production since 1993. In 2008 he moved to Novi Sad where he's regularly playing at various clubs. Check out his latest releases for Submoover records.