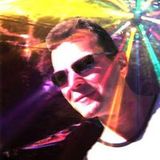 The Not As Usual Mix Part 4
by Lau Daniels

The Not As Usual Mix Part 2
by Lau Daniels

The Not As Usual Mix Part 1
by Lau Daniels

Lau started as a dj a long time ago, somewhere around '75 as a sidekick of his father.
At the age of 15 he got his hands on a tascam 4 track studio tape recorder and a philips pro5 machine. With this stuff he started to create his own mix-tapes and remixes.
Several of these remixes and mix-tapes where played on local and (inter)national radio stations.

Being a resident dj in so many clubs in the following years he decided to have a short break (which lasted almost 10 years ). During that period he was still dj-ing but only a few times a year but he still produced his mix-tapes and kept on buying records.

A few years back he decided to go back in business and start again as a dj and also give a try at producing. Some of those productions are avail in the productions section.

Due to the long period of being a DJ the taste of music is now All-round.
Lau has no specific primary style but is loving all the music as long as it has a good driving beat.....