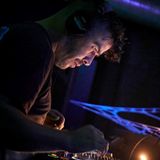 Never miss another
show from L.O.B.

I saw the light of day in autumn “1975” as: Lars Olaf Bartsch (L.O.B.). Electronic music came into my life in the mid 80s via "DM", Kraftwerk, PinkFloyd, etc. In the mid-90s my love for Tekkno caught fire and after two or three years I came to psytrance, to which I still devote myself with body and soul. The first events I was allowed to play at were rather small and fine and illegal.
After a newcomer contest, I was lucky enough to play at the "Universe of Tones" and half a year later at the "Sporenreigen" in the Harz, back then under my first name: "Endorphia". I was also allowed to record the "Eclipse" in beautiful Sauerland. After a few years break, I started again, but now as:"DJ L.O.B.""Waldrauschen" Frechen 2018/19 "Waldbeben" 2019 "Final Fantasy" 2019 Debut in the chillout as "Olaf" "FinalFantasy-We are one" Twisted Floor 2019 "Druckluft" Oberhausen "Hasenbau" 2019 Then I was lucky with "HypnoticSpaceRecor