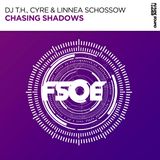 DJ CYRE, a well known artist from Stuttgart in Southern Germany sky-rocketed up on his career path since the year 1999. Either as resident and host of Trance.Mission in Ludwigsburg - or as guest-dj at the recent in-events all over Germany - he totally convinced the partycrowd and pushed the people on the dancefloor to sheer ecstasy. This and last year the guy from Stuttgart had several major bookings in his agenda: for example Talla 2XLC’s legendary TechnoClub in Frankfurt, Germany’s biggest technoparade called Beat Parade in Empfingen or a guest gig at Ocean.971 in Ibiza. And now even the famous Nature One Festival 2012 is history, where he filled up the Tunnel Trance Force Floor with massive trance-anthems and rocked more than 1.000 partypeople with his sound. DJ Cyre has set out to give the Germans a better understanding of Progressive Trance and to duly represent his home Europe-wide...