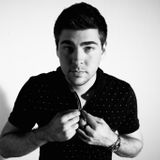 Musically trained from a young age, Kyle’s foundation has helped him forge a path through the Garage Band generation. Not afraid to step out of his comfort zone, his appreciation for each and every genre of music has given Kyle his unique and eclectic sound – a sound that one would be hard pressed to find anywhere else – and it is because of this that he has secured himself a spot as one of South Africa’s most successful internationally acclaimed dance music producers.

Some of the best and most successful dance producers in the world – top charters like Shiba San, Pleasurekraft, Claude Von Stroke, Sharam Jey, Audiojack, Justin Martin, Dale Howard, and more – have been supporting Kyle’s music. It is because of this avid support that his music has been released on high profile record labels such as Dirtybird, Universal, Atlantic, Bunny Tiger, Get Physical and Ultra.