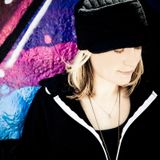 The spirit of trance in America has long been amplified and embodied by DJ/producer Kristina Sky. From the early days of the genre, she was first integral in bringing the music’s top DJs to the West Coast masses, often for the first time, then ultimately stepping behind the booth herself in 2002. “KSky,” as she’s known to one of the most loyal and passionate fanbases in the biz, has been tapped to play all the top festivals around the world, from Armin van Buuren’s A State of Trance, sharing the stage at Coachella with Daft Punk and Madonna, multiple sets at Electric Daisy Carnival, as well as the trance-focused Dreamstate and many more top one-off events. Kristina Sky has also held many coveted residencies including America’s first weekly trance event at Arena called “Heaven,” Spundae at Circus, Insomniac Events’ “Awakening” at Exchange LA, as well as the mighty Avalon Hollywood since 2010. It was in these rooms she honed her distinct sound...Full Bio: http://kristinasky.com/media/bio