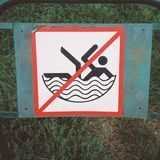 Never miss another
show from Kreshik

Co-Founder of Bloom Hill Agency, resident hooligan at Kiosk Radio and The Word Magazine, Bonnefooi’s curator, Kreshik is also an hypnotising DJ whose main area of expertise leads you to a dreamy percussive journey. As a turntablist, he quickly rose to prominence for his infamous “Huveshta Rituals”.

Praise and accolades of his sets have not only seen him play around Belgium, but also internationally, performing in cities such as Montreal, Taipei, Tehran, Warsaw, Berlin, Hanoi and Melbourne.

Without forgetting his monthly radio shows on Kiosk Radio and The Word Radio where he has invited many acts such as Sekan, Shy One, Darker Than Wax, Turbojazz and many other local talents