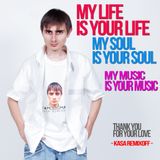 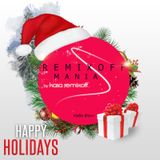 Kasa Remixoff is Ukrainian producer of the sound electronically. Love of music was present from birth. In 2008 he began his musical career as a DJ and sound producer. The first 3 authors Tracks
DJ Kasa Remixoff - Brother and Sister (Original Mix)
DJ Kasa Remixoff - Nakamota (Original Mix)
DJ Kasa Remixoff - Degrees Square (Original Mix)
did not go unnoticed and were signed by CTS-RECORDS
In October of tracks and remixes included on the disc and were presented at the conference
ADE 2009
In October of that year signed the tracks and on the Swedish label SUBSTREAM
And then he suggested that Swedish producer Håkan Ludvigson collaborative tracks done, which are produced in the world and supported by many producers and fall into the top 100 largest Internet shops.
Kasa Remixoff - DJ fully available to the public, feeling, and skillfully applies the material.
His sets and copyrights tracks support and love to thousands of admirers, and many DJ'S abroad.