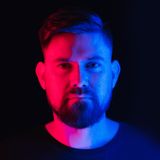 That’s how Ju describes himself as a DJ. Inspired by the weirdness of Sven Väth, the mind bending production of Smith & Selway and the raw energy of Pig&Dan to name a few, Ju has developed his own unique sound. From off key melodic grooves to frantic inter-dimensional journeys, Ju’s sets twist and turn and tell an unusually addictive story.

“Im obsessed with finding those really odd and unique tracks that are more than just a groove, for me they have to be out of this world. It’s the part that people don’t expect or see coming. When it hits them they experience these overwhelmingly deep primal emotions. For me, taking people on that journey is the best feeling in the world.”