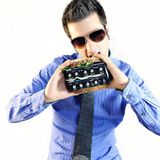 Never miss another
show from Joman

Joman has been producing electronic music for the better part of the last decade. Since his first Beatport release in 2008, Joman has remixed for, and collaborated with, artists such as Adam K, Celldweller, Shiny Toy Guns, J. Scott G. (formerly of Deepsky) Dragon & Jontron, Trajikk and many more, been featured on releases alongside Alex Mind, Lazy Rich and Morgan Page, broken into the Top 100 Beatport charts in several genres and performed at virtually all of Denver's major Electronic Music festivals, including Global Dance Festival at Red Rocks, Decadence New Year's Eve at the Colorado Convention Center and Electric Daisy Carnival Colorado. Working as a resident at Club Vinyl and frequenting Beta Nightclub (recently ranked the #1 club in the U.S.), Joman has had the opportunity to open for acts such as Mord Fustang, Hot Pink Delorean, ATB, Darude, Feed Me, Bad Boy Bill and more.