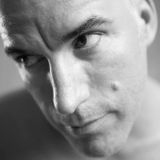 Never miss another
show from jberg

John Bergman, AKA jberg, from the US has spent some years living in Detroit and Chicago, where he could be found digging for underground gems in the record stores, which evolved to scouring the internet to find the best of past and present — focused mainly on Techno and House. He would throw his own house parties at his loft and his friends' places in Chicago. Jberg also went to various clubs to photograph his favorite DJs and got a residency at his preferred spot, Smartbar.
Eventually, he moved to Bali and started a successful group called “The Bali Party” which brought him a few years of notoriety as an event promoter and photographer.
His influences include but not limited to: Richie Hawtin, Green Velvet, Carl Cox, Dubfire, etc...
In the summer he has a DJ residency playing five nights a week at the disco and happy hour on the terrace at Esterel Caravaning resort in Saint Raphael, France. In the winters he’s in Bali playing chill, Deep House sunset sets on the beach, and Techno/Tec