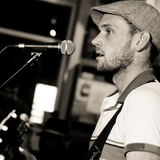 Never miss another
show from J-Felix

Bristol born Producer, multi-instrumentalist and DJ, J-Felix cut his teeth in an eclectic range of bands and musical projects including playing guitars for Alice Russell and in studio with Wrongtom and The Ragga Twins, Ibibio Sound Machine and Swindle