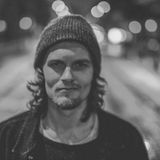 Better Things to Do 16.08.21
by IDA RaadioReposted

The Spring Vibe
by Jimi Eloranta

Jokki & Jimi - How Can I Touch You
by Jimi Eloranta

Jimi is a co-founder and original member of Better Things to Do, a disco-driven DJ collective regularly throwing club nights around Helsinki. Lately he's known for playing long dubby minimal house sets either alone or with Jokki.

Jimi's been collecting records since his early teenage years. Now he plays as a resident DJ at an underground afterhours club he co-founded at a secret location in Helsinki. Jimi's soundscape consists of dubby basslines, hazy synths and hypnotic beats. He also produces. Jimi's first vinyl release is something to look after in near future.