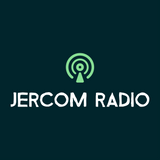 All Things Acoustic provides a broad assemblage of folk (both new and old), singer-songwriter, and acoustic international music--"music from the edge of technology," as we like to say. It started on Alabama Public Radio in 1993 and began inviting musicians and fans to be guest DJs in 2021.

Progressions brought punk, new wave, ska, alternative music, and various audio oddities to the Tuscaloosa, Alabama, airwaves in the late 1970s and '80s. Created by George Hadjidakis when he was a student at the University of Alabama, it aired on WVUA-FM, the student radio station.

JerCom Radio, a wholly owned subsidiary of JerCom Industries, was "founded" in September 1972 when Jeremy began his radio career on WBRU-AM, Providence, RI.