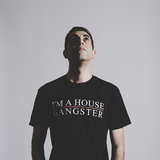 Not enough people know there is SOLID house emanating from Spain theses days. With more than 700 releases to his name, and two decades of djing success under his belt, Jazzman Wax (JW) is working tirelessly to change that.

Working primarily with his partner, Iban Montoro (IM), JW has released tracks on many of the biggest labels in HOUSE music, including Strictly Rhythm, King Street Sounds, and Nervous. JW meanwhile has a decorated history as an editor, working with global leaders like Defected, Exploited, Madhouse, and Glasgow Underground.

In less than seven years as a producer, JW has propelled himself into the uppers echelons of the ENTERTAINMENT business. Together with Iban Montoro, JW founded MoodyHouse Recordings and House Please in 2015. The two record labels have now become a reference for underground house in Spain and across the globe.