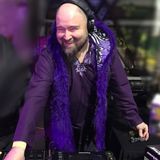 Coming Back Home
by Jai Soleil

Jai Soleil - Sunrise On The Rooftop
by Jai Soleil

Jai Soleil began his life long pursuit of delicious dance beats in Baltimore, MD back in 1992. It was at his first party, Fever, hearing his first track, FSOL's Papua New Guinea, played by Feelgood. So began years of going to parties. A move to Boulder, CO in 1996 saw Jai's move from dancer to DJ. Starting out as DJai Sunrise, he found his love in the beautiful melodies of trance. As his music style grew deeper from trance to progressive house, the name changed to Jai Soleil (French for the "sun").

Over the years, Jai has promoted many events small and large, for thousands of dancers. Jai has been involved with the scene in one way or another for over half of his life now.

The current flavour of Jai Soleil is a wide variety of chillaxed, filthy beautiful, spacebass loverbeatz...Especially adapted for opening sets and sunrise sessions, of which he has played for over 20 years now... <3