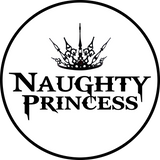 Jasmine Fraser grew up with the influence of traditional Indian music, and was inspired by the intricate Tabla beats and soaring vocals. Being part of the electronic music scene in Melbourne when it took off in the 90’s, her passion for dance was ignited, starting in the underground outdoor Trance scene and then moving into other genres as they emerged like Trip-Hop, Breakbeat, Jungle and Drum n Bass.

Relocating to San Francisco in 2009 brought her into the West Coast Bass scene of Dubstep, Trap and Glitch, and it was here amongst the fabulously funky Burner crew who drop the best beats and throw down so hard on the dance floor that she really felt she’d found her tribe!

Based in the LA area, Naughty Princess is all about bringing the sounds which light you up and inspire you to get down!!