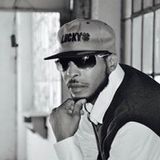 Never miss another
show from jacktheripper 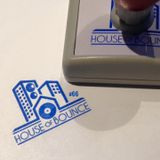 by House of Bounce * DJ Radioshow

Jack the Ripper first stepped on the scene in the height of the golden era, on some of the most prominent and distinctive hip hop records and compilations of all time. First getting mic time on Group Home's Debut album "Living Proof" going hard as always on some of the most legendary authentic hip hop tracks of all time, including "Suspended in time"- and "Tha Realness" both produced produced by DJ Premier, and known to purists and the absolute definition of golden era classics. Later on in 1997 DJ Premier and Haze released another underground classic compilation album "Haze Presents: New York Reality Check 101" That is still relevant in todays market, still selling units to this day, and becoming one of the best selling underground hip hop comps to date, rivaling only the Rawkus "Soundbombing" releases. Later on in 1997, Jack go signed to Gee Street, and released a full length EP "Brainsick Mob- A D&D Project in Association With DJ Premier Vol. 3" Which as the name suggests, was execu