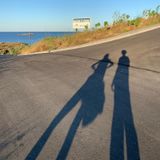 Never miss another
show from Jaayology

Raised in the concrete jungle of São Paulo, heavily influenced by the roots of Brazilian Music (especially Tropicália that arose in the late 60s) from a very young age, João Thurnher couldn’t think of any other way to share his passion for his so beloved homeland since his arrival to Barcelona.

Through his travels of the world and experiences playing at underground parties in Ibiza, Tulum, Montreal & Paris he developed an eclectic style; selecting tropical grooves by the master artists who inspire him & his closest friends.

For your own boogie consumption only ♥️