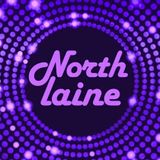 THE DJ who was resident at the inn place, papillon, busbys on a sunday brighton belle ,sheffield arms hillys,and the escape not forgetting
caister soul festivals Started to DJ in 1977 at the Seven
Stars in Brighton. First record was Roy Ayers 'Freaky Deaky'. He played jazz-funk-soul for 11 years and as well as being known nationally, he became #1 DJ on the south coast. He was resident at the Inn Place, Papillon & Busbys on a Sunday, which was voted #10 in Blues &
Soul's
In '82 he played one of his best ever gigs - Caister Weekender #10 with over 4000 people and the Brighton Beach Party at the Top Rank. The following year he was at the Brighton Belle with FATBOY COOKE and CARL COX and began a residency in '85 at Brightons new Escape club and Hilly's Sheffield Park. Resident with chris hill,TONGY & JEFF YOUNG and was #3 dj at Canvey Goldmine.