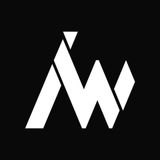 Never miss another
show from I-Witness (The Nitwits)

The Nitwits // 5 years of Piknik Musik mix
by PiknikMusikReposted

I-Witness is a DJ from Leuven (Belgium). He got hooked on dnb around 2000 and has been playing gigs since 2003, solo and alongside The Nitrous as The Nitwits. He played on numerous club parties and festivals around the country and abroad. His musical taste was heavily influenced by labels like Renegade Hardware and Moving Shadow and producers like Ed Rush & Optical and Bad Company. As a music collector, his passion for the oldschool tracks never died. On The contrary, he still plays the classics regurarly and loads of amazing oldschool tracks are featured on his youtube channel. For the selection of this mix, he picked some all times favourites of the likes of Future Cut, Ram Trilogy, Technical Itch, Bad Company, etc.