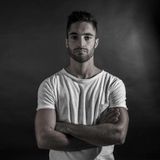 Born in Sicily in 1992 Ivan Cappello has been a music lover since he was a child: this made him play from an early age in many clubs of his beloved island.
After alterning both his dj and his professional tennis player career for a while, in 2015 Ivan decided to fully launch himself into music.
Right from the beginning his House productions have shifted particularly onto Groove sounds.
From his first works in studio there's his collaboration with Leandro Da Silva, "Bustin'Groove”, on BMKSTCH Records that has reached position #22 on Beatport's Funky/Groove/Jackin'House chart where it stayed for two months.
"Shareef Don’t Like It“ and ”Totem" are his first productions and they have been released on one of Ivan's reference labels: Black Lizard Records.
His latest work “Lost & Found”, soon to be released on the london based label Kaisen Records, sees him collaborating with the Brazilian producer Raul Mendez.
Ivan also hosts a programme "Got me Groove" on radio RTM.