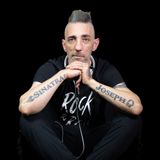 Joseph Sinatra was born in Bruxelles, Belgium but lives in Catania, Sicily. He began his career as a deejay collaborating with some local radio stations and soon became known among his colleagues in the area, succeeding in establishing himself in the most important and prestigious clubs in Sicily thanks to his proverbial charge and charisma. Characterized by the ability to choose the right sound, each time he creates a different atmosphere in which he manages to bring everyone together for a unique event of its kind.

Joseph is always evolving and in August 2020 were released the new single, cover of “Jerusalema” in collaboration with Mikel Miki & Cacciola, a deep house version that immediately impresses with its elegant and refined sound and reaches over 400 thousand streams on Spotify

.
In October 2020 House Party produced in collaboration with Anthony Melfi and released on Total Freedom reaches the 17th in the Top100 Funky/Groove/Jackin’ House for 4 weeks and.