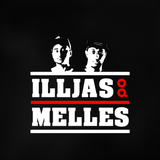 Never miss another
show from illjasmelles

Chris Brown vs. Nicky Romero - Turn Up The Toulouse (Illjas&Melles Mashing It In 2012)
by illjasmelles

Elias Illjas Khan and Jonas Melles, also known as the duo Illjas&Melles, are two up and coming house producers/dj's from Lund, Sweden.
Illjas&Melles discovered electronic music at the young age of 15. They fell for the music instantly when a friend of theirs introduced them to House music. Since that moment they started djing as a duo at small events, mostly in the south of Sweden.
After gaining some experiences, they later on discovered the audio software, Cubase. Steinberg's Cubase was soon to be the beginning of their musicproduction career.
Now, both at the age of 22, Cubase is still their weapon of choice. Cubase's versatile features and its simplicity to mix, edit and master are a few of many reasons why they still choose to use the software. The houseduo mostly produces progressive house with some electro fillings and sweet melodic sounds.