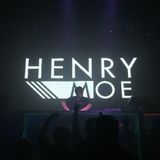 Myanmar born, Music Producer, currently based in Melbourne. An audiophile with great passion for music, especially for Trance. Henry has great passion for music, especially for Trance. Naturally, he aims to have an impact in the audio industry with his own ways. Having fell in love with trance music in his early teenage years, he has been promoting Trance music in all communities he has been involved in.
Henry Moe came up with newest Artist Album 'Distant Lightyears' with Aditya K Balu, featuring Amber Traill, Aylin Aloski & Bianca Molini on vocals and guitarist from Post Rock band, Mike Phoebus.
Distant Lightyears was made it to #16 in world wide Trance Top 100 Releases chart at Beatport stores on 8th of December after 5 days from releases.