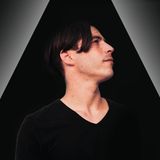 Born in December 1980, he starts experiencing electronic culture in Scotland around 2004. Once in Spain, he starts his Transition project in Andalucia, a clear vission of the concept of the party.

In 2006 he moves to Germany, where he connects with the essence of trance, and in 2009 he starts his professional career managing Transition Festival www.transitionfestival.org, Templo Transition www.templotransition.es, and Transition Records, whose mission is unifying different electronic genres into one particular concept of psychedelic trance.

Blau refers to the modern manifestation of the dark knight, bringing the light into the darkness through his music. He is obsessed with updating the dj concept into the next step , integrating elements of live into his sets, and that´s where the magic happens...

His experience along these years guarantees a psychedelic journey through the realms of consciousness, making you feel in Transition!