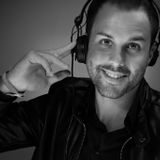 Born in Cadiz (Spain) 1st of October in 1989. Professional Dj, Producer and Composer.

Alvaro Albarran’s sound goes from elegant Deep House and percussive/groovy Tech House to emotional Progressive House and Melodic House and Techno which you can feel it in his music productions and DJ sets. When playing he really feels the music and transmits positive vibes to his crowd every time.
He has played at various nightclubs around his city Seville, Prisma nightclub & B3 nightclub amongst many others. He has also performed around Spain at nightclubs such as OM nightclub (Madrid), Seasoul beach club (Marbella) & Amare beach club (Marbella). He has also been invited abroad as a guest DJ a Gibraltar’s (UK) prime nightclub Dusk.

“What fills the soul is free, love all what you do in your life, wake up and make your dreams and goals real” - Alvaro Albarran