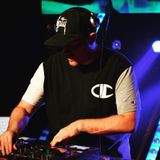 Hailing from a small town in the suburbs of Manchester, United Kingdom and acquiring a degree in music production, Real1 brought his unique British flavor to the Miami music scene in 2012. Mastering the mix of old school and new school hip hop, live funk, electro house jams, cutting and scratching on state-of-the-art technology.
Prior to his arrival in Miami, Realius won the “Cut Above the Rest” DJ Scratch Battle in the UK and participated for a few consecutive years, placing top three every time he participated. Real1’s unique performance style has made him an influential player in the open format revolution in Manchester, putting him at the forefront of the club scene. He is truly an international crowd-pleaser, as seen throughout his career, performing worldwide including Dubai where he was sent to DJ a club opening and festival. Clients can’t help but notice his ability to combine various genres, time periods and cultures of music into flowing pieces that keep the dance floor hot!