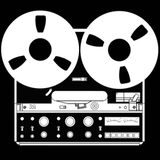 Greg began DJing in 1975 and is one of the most important figures on the UK dance scene. He enjoyed hugely popular early 80's residencies at Wigan Pier and Manchester's Legend, and was the 1st dance music DJ hired for a weekly session at The Haçienda. A pioneer of mixing in the UK, in 83 he became the 1st British DJ to mix live on TV. Having retired from DJ work at the end of 83, 2 decades on Greg returned, receiving plaudits and picking up an ever increasing amount of bookings, initially in the UK, but then throughout Europe and eventually worldwide.

His Credit To The Edit albums in 05, 09, & 18 were acclaimed, and his Radio 1 Essential Mix (09) named as one of 10 classics spanning the shows history by the BBC and as one of the 25 greatest internet mixes of all-time by Rolling Stone. Awarded DJ Mags Industry Icon award and also named amongst their top 20 remixers of all-time, his edits and mixes feature on the playlists of DJ's in every continent.