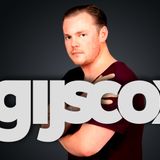 At the age of 14 he got his first cd-player for his birthday.
He directly got addicted to the music!
After spending a lot time in playing music, he got the chance to play in Café Ambiorix (Hasselt) on holiday's and saturdays!
After that he was really into the music! At the age of 17 he started at a new club in Bocholt called; Den Bazaar, where he became a resident dj (and still is)!
After that, he kept climbing! He played Guestsets at several Clubs and dancings such as; La Rocca (Lier, Antwerp), Versuz (Hasselt), Groovy Tunes (Hasselt), Universal (Hasselt), Slices (Hasselt), Drempel (Neerpelt), Vangogh (Hasselt) ... And party's such as: Fruit of the boom party (Tongeren), Eburonenbal (Mopertingen), ...