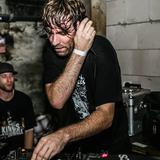 Never miss another
show from giana-brotherz

Giana Brotherz are undoubtedly one of the most exceptional artists within the German Drum&Bass scene.
It all started back in 2000 when the producer duo SSB (aka Chicken & Sola) formed the Drum&Bass live project Giana Brotherz, to create a stir within the scene. Even their first releases on Basswerk & Pathfinder acquired international recognition and were played by almost every „Big Name“ DJ of the time. Their track „Crossed Roots“ (Basswerk 015) was one one of the most important releases of 2002 , and it was only a matter of time before the UK would pay attention to them: In 2002, DJ Fresh released „Tessla“ on the Bad Company sublabel Square One. 2003 saw them start up their own label: Giana Brotherz Recordings was born and has since been home to high quality output from diverse artists.

As a well booked DJ, „Giana Brother“ Chicken knows how to bring the energy of a live concert into his DJ sets with his amazing peformance and stage presence. Anyone that has experienced one of his his