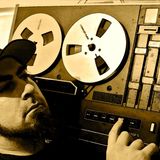 Never miss another
show from Freeze_Mannheim

Dj Freeze (Basswerk Rec., JungleGrowers - Mannheim/Germany)
Dj Freeze started his career in 1993 as Breakbeat/Jungle dj. Since then he has built up his worldwide unique identity as "The original dancehall junglist"
After his studies as audio-engineer he started to set up his own studio and mainly produces raggajungle with international artists (like Cutty Ranks, Johnny Osbourne, Ninjaman, Burru Banton, General Degree, Ragga Twins, Daddy Freddy, Top Cat, Tenor Fly, just to name a few)
He has already played with almost every DnB-Artist und besides his homebase Mannheim he has played raves, festivals and parties in London, Vienna, Copenhagen, Berlin, Cologne, Hamburg, Stuttgart or Sardinia and so on...

For bookings or other informations: contact@dj-freeze.de