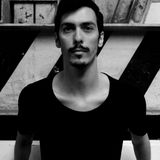 Illiano is a relatively new DJ and maintains a strict music selection. He crossed paths with the techno scene for the first time at the age of 17, but developed a spontaneous and creative interest when he moved to London; there he delved into the music scene, performed a few times, and decided to study mixing techniques so he could create his own musical style.

Now his style is distinctive from many, through his ability to combine a powerful groovy bass line with special vocals and snaking percussions. As a result he creates a smooth flow that modulates the dance floor with a solid vibe, making the crowd dance.