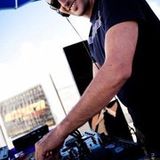 Never miss another
show from Luca De Tena aka dj.surfer

Spanish dj and producer Luca de Tena A.K.A. dj.surfer . His music styles goes from chill till techno so his sets are very eclectic. He fascinated us with his sets in clubs from Ibiza, Madrid, Barcelona, Sevilla, Tenerife... or even in Germany and Holland. . His producer career is short, even so, he gets with his third production on the number one of the list of tech-house on Audiojelly, the track name, Luca de Tena - Viajando en Invierno(Original). You can find his productions on the most important music website like Beatport and Track it down in the labels like Reforma rec Ibiza, Blanco y Negro, Vendetta rec, Xilo music (England), Mantra Rec, Porky Records, Sunday Records, Chola Records or Toda Music Records.
Is all about music, happiness and feelings