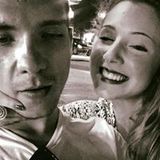 Born in the 90s in Sardinia , became attracted from electronic music since was a child hearing Techno-Trance remixes from his uncle and straight away fall in love with. Growing up, he first started attending the rising underground rave scene in Sardinia, then he decide buying his first equipment and starting to produce his first tracks. Taking inspiration from the European festivals where he participated, then decided to move to the UK, first to London and after Manchester, industrial city, where he rediscovered his never-lost passion for DJing.