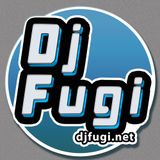 Fugi spent 2+ years as a mixshow DJ for Beasley Broadcasting's WHHD HD98.3 in his home town of Augusta, GA and was named as one of the 'Best DJs in the Nation' by the Kidd Kraddick Morning Show in 2015.