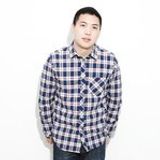 Never miss another
show from Eshin

DJ Eshin first began DJing in 2000 by spreading hip-hop beats to house parties in the New York City area. He first dove into the electronic music scene in 1996 and has since evolved into a notable Drum & Bass and Dubstep DJ, Promoter and Record Label Co-Owner.

Eshin made a big splash in 2004 by launching the eclectic Wednesday night weekly No Jacket Required in NYC with DJ/promoting partner Doctor Faustus. While the weekly finished its run a year after its launch, No Jacket Required continued as a NYC monthly event, bringing in prominent DnB talent from around the world, as well as NYC's finest. Today, Eshin is a fixture in the U.S. drum & bass/dubstep circuit and is currently collaborating with Direct Drive, which has been a staple in the NYC dance scene for well over a decade, and had worked with DB's monthly soulful DnB event The Secret Night of Science previously. Along with DJ/Producer Trigon, he also co-hosts NYC's premi