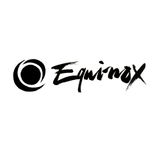 Equinox Records was founded in late 2002 as a platform to release music for artists that shared the same ideas and visions of sound and art.

Originally based in Munich and residing in Berlin since 2005, the label is still following its early concept of “organic/electronic” beats. Since then, it has released new urban electronic music in genre fields that range from leftfield electronica and instrumental hip-hop to styles like glitch, idm, electro and dubstep.