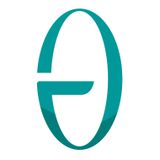 We are posting DJ mixes that were recorded @ Element.

Element Seattle was a nightclub that operated between 2004-2007. Within the short time period, Element brought some of the biggest name in electronic music to Seattle, such as Paul van Dyk, Armin van Buuren, Nick Warren, and many more.

February 2017 will mark the 10 year anniversary of the closing of Element Seattle, we’d like to celebrate by offering up some of the great memories we had there. We’ll be releasing a weekly DJ mix on our mixcloud page, we hope it brings back some good memories for you as well.

Thank you to all our friends, patrons, and staff who made Element special.