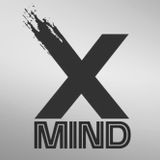 Never miss another
show from Xmind

DJ since 1985, Eduardo aka Orange in 89 he will reside in Lisbon where he watches the birth of the Underground Sound Movement in Portugal with then DJ Tó Pereira (DJ Vibe) at the Kremlin club, which would become his main influence on Dance Music paths.
Returning to the North of the country, he is a resident of Sétima Arte In Amarante. In Oporto he started as a freelancer a more eclectic career, being thus led to play for the most diverse audiences and locations: Cordoaria, Academia, Mercado, Ribeirinha, Cosa Nostra, Bibó Porto, Swing, Pharmacia, Heritage Jazz Café, Bela Cruz, Marechal, Rocks, Externato ... and all over the country: Extravaganza, Estação da Luz, Three-phasica, Tamariz, IRS, Kiss, Kadok, Alabaster, Chapter IV, Locomia, in Bô, Modern, Barrabás, Market, Elitis Club, Versus, Park Club, Dali, Ateneu Palace of the City of Oporto.
Also at the ExpoBares and BeatBares Festivals in Penafiel and Mirandela. Over the years, he has shared booths with national and international DJ's.