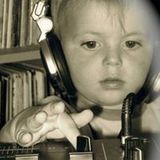 Over 20 years ago, a dance revolution was born in the back alleys of London’s Red Light District, Soho. It was the first time a bunch of antipodean friends decided that they didn’t want to listen to just Hard House, Trance, techno or house! They wanted all and everything under one roof, it was going to be no holds barred dance floor carnage, and they were certainly not going to be taking any prisoners.
FEVAH WAS BORN

Eamonn Fevah (Trance/techno) aka Smith N Wessen (Electro/ Tec prog & dirty House) And one Half of New Production duo NATIVE ONZ (Electro/Tribal funky Techno) and is one of only a handful of DJ/producers that can say they’ve been there since the Evolution of the harder styles of dance as we know it today. Having promoted as well as played at some of the biggest and most prestigious dance events in the world is an awesome accolade he can claim.

Beauty is measured in the depth of the base !!