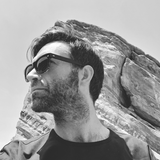 Never miss another
show from dutchicansoulamsterdam

Dutchican Soul was founded by and is solely owned by Niels Schroder, a producer and DJ whose roots lie in house music. His music has been championed by DJ’s like Axwell, Purple Disco Machine, Erick Morillo, Mousse T, Brian Tappert, ROOG and Miguel Migs to name only a few. Productions have been released on labels like Salted Music, Peppermint Jam, Subliminal Soul, Soulfuric Trax, Strictly Rhythm and Hed Kandi.

Currently, Schroder splits his time between Amsterdam and New York, where he continues to produce house music after a hiatus of ten years spent in Europe’s tv and film industry. He released his Fire & Ice part 1 EP on Salted Music in 2018 that led to a number one position in the Singles Main Chart and House Music Top 100 at Traxsource. He was also named number 52 in the House Artists of 2018 Top 100 and was given a number 7 position in the Traxsource House Music No. 1’s of 2018 chart.