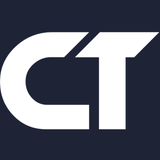 Never miss another
show from CT2000

CT2000 has been involved with dance music since his early teenage years, playing for his friends in his parents garage in the late 80s early 90s, moving to playing out in clubs thereafter .

In the 00’s CT launched the number 1 dance music news and reviews site - DanceNova and has contributed to a number of onsite, print and radio stations , including DJ Mag , BBC Radio One & Kiss FM .

CT DJ'ed on traditional and pirate FM radio as well as digital radio, and produced many guest mixes for the likes of Ibiza Live Radio , UM Records , Deep House Radio , Deep London among many many others.