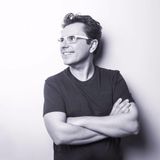 Luis del Villar is one of Barcelona and Ibiza’s musical gems. With over 30 years in the music business, he began spinning in various clubs around Barcelona in 1985. In 2010, Luis del Villar began a series of successful nights in Barcelona, which was the perfect backdrop to the already sexy house sounds that he had been known to entice audiences with. His regular residences in the city included Pacha, Buddha Bar, Oshum, Catwalk, Roxy Blue, City Hall and a list of other well known venues. In Ibiza he had played at well known places like Ushuaia Beach Club, Km5 and Bora-Bora, and in 2013 till 2018, Luis hosted the Ibiza Sensations party at O Beach Ibiza in Sant Antoni de Portmany. During the winter season he is resident dj at Eclipse Bar in W Barcelona and monthly at Wahm Lounge in W Doha in Qatar. During summer he is also playing at different festivals, including Tomorrowland in Belgium being one of the few Spanish Djs playing there in the 2015-16-17 editions.