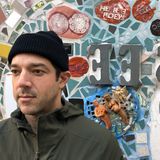 Never miss another
show from Doza

Doza a.k.a. Carlos Mendoza (of LawnChair Generals) is very aware of the effect the gloomy Seattle climate has on his music. It's even a point of pride. The weather can drive the city’s music makers indoors and underground, where they cooperate on technique, equipment and events; music makers like Pezzner, Lusine, Hanssen, Raica, Mat Anderson. The camaraderie influences the music, as does the low light. If you're any fan of deep house you've likely heard Doza’s music. Carlos has been contributing to the global house music underground since 2001 as one half of LawnChair Generals, one of the most respected early 00’s house music duos in the U.S. Doza’s solo sound could be considered deeper, darker, more textured than the early works of LawnChair Generals. In 2015 Doza partnered with Pezzner and Michael Manahan to form the dance label Hunt & Gather with a mission to produce and deliver forward thinking dance tracks to the discerning dance floors of the world.