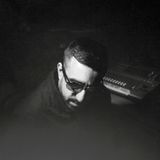 Dope Ammo – in October 2020 he became one of the only Drum & Bass Artists to ever reach the top levels of the main overall Beatport Chart with his remix of Baby D’s rave classic “Let Me Be Your Fantasy”. It reached No.2 in the main Beatport Chart. It also became the biggest selling Drum N Bass tune over the last 12 months – key support coming from Carl Cox, High Contrast, Charlie Hedges (Radio 1).

Since then the Dope Ammo remixes and key radio support have kept coming – remixes for the likes of 3Beat (Sigma Ft Carla Marie & Beanie Man’s “Hope”), New State Music’s DM Slides “I Feel Love” (which was championed by Charlie Hedges on Radio 1) and his unofficial remix of Kygo/Whitney Houston “Higher Love” was smashed across Radio 1 and Kiss FM.

Dope Ammo has toured across 20 Countries including sell out shows in Germany, Czech Republic. Austria, France, Spain, Canada and the UK and has played on shows alongside some of the biggest acts in Drum and Bass / Jungle and Dance music.