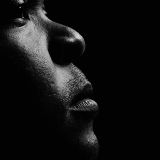 Never miss another
show from D-Knox

This upload will be available shortly

Detroit-area techno producer Donnell Knox arose in the wake of the initial mid-'90s Chicago and Detroit movements. He produced tracks for other major labels after starting his own label, Sonic-mind and establishing a worldwide fan base and in his hometown of Kalamazoo, a city halfway between Detroit and Chicago.

Growing up in Kalamazoo, MI, D-Knox​ developed an interest in music as a kid, learning to play piano and drums. However, when he heard a tape of Chicago's Hot Mix radio show in the early '80s, he suddenly became interested in dance music and wanted to learn more. He use to spend his summer vacations staying with family in Detroit and Chicago, while on those vacations he would listen to Chicago hot mix radio show and the wizard aka Jeff mills on W J L B in Detroit.

When Jay Denham who is D-Knox cousin returned to Kalamazoo in the early 90's the two began making dance tracks together.