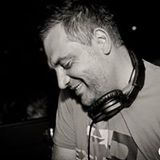 Tudor - Dj Toronto / Ottawa (Canada).
Growing up in a musical environment Tudor’s love for music took a professional turn as he studied trumpet at Dinu Lipatti Faculty of Music (Romania) with a bachelor in music performance.

Influenced by his professional studies, travels, and cultural upbringing, his style is an eclectic, rhythmic and melodic blend of House, Tech, and Progressive, with European and latin touches.

Through his experience Tudor has learned how to create an amazing atmosphere wherever he plays.