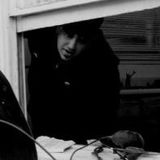 I've been DJ and club promoter since 1998 throughout Los Angeles and Socal. I've been into Industrial-Gothic-Punk-Modern Rock 80's music since i was 15 years old. I've been known to D.I.Y. past in promoting and DJing my own clubs and events. I also use to a promoter and DJ for club DAS BUNKER[2001 - 2003]. Some of the clubs i founded were >>CODE<<, DEFKON, PR0DUQT [Das Bunker & Code], ELECTROCUTION & QUARANTINE amongst a few others. I also do some music writing on my free time https://soundcloud.com/dj-thermal-detonator , as well as now video editing from being such an avid collector http://www.youtube.com/user/thermatedetonator.

Aside for music endeavours, ive also spent a great amount of time in Anti-War Activism from be Alternative media analysis, as well as dabbling into video editing and documentary filmmaking.